How a 61-year-old Jewish woman from Chicago met Jesus

My name is Laurie and I grew up on the South Side of Chicago in a typical middle-class neighborhood. My whole life I knew that I was Jewish and I knew that there was a God, but I didn’t know anything about Him. I was raised in a typical Jewish home, which included tradition, culture and heritage, but not much religion. My family only went to temple for the Jewish holidays. I married a Jewish man and I raised my family the same way I was raised. Both of my sons had bar mitzvahs, which for us was just another part of tradition and culture. After my sons completed Hebrew school, we stopped attending temple because we didn’t want to pay the membership fees. I never prayed or thought about God, even though, looking back, I can see how He blessed me with two sons and eight grandchildren.

When I was 61 years old, a good friend of mine introduced me to her brother, Daniel. From time to time, Daniel and I would get together for coffee and talk. After we had known each other a little while, Daniel told me that he was a Christian and started to tell me about Jesus. I let him know right away that I was not interested. I was adamant in telling him that Jewish people do not believe in Jesus and that Jesus Christ was nothing but a swear word in my house. I knew for sure that Jews did not believe that the Messiah had come because Tevye in Fiddler on the Roof talked about waiting for the Messiah! 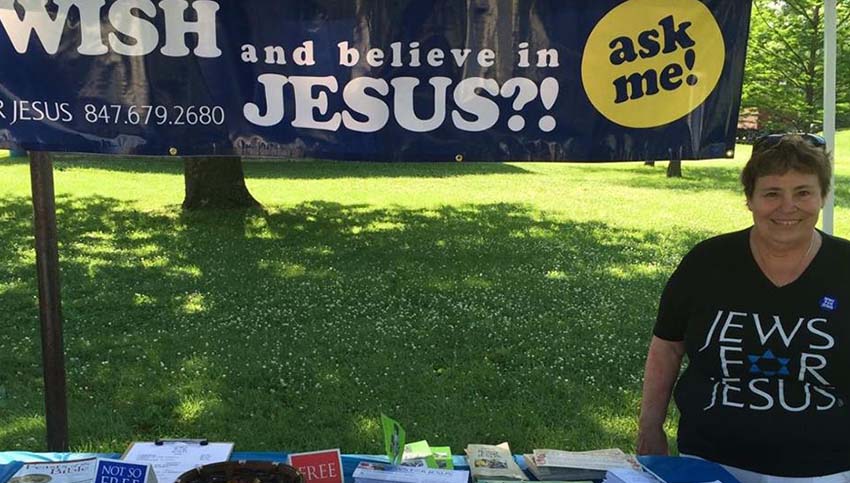 Laurie volunteering with Jews for Jesus

For months, Daniel kept on telling me about Jesus. Sometimes I just wanted to scream at him and tell him to shut up. But no matter how angry or frustrated I got, I was still listening. One day Daniel sent me a text with a joke. The joke went like this: Knock, knock! Who’s there? Jesus. Jesus who? Jesus the Messiah – just open the door! God must have a sense of humor because that joke was exactly what I needed to hear. I finally said I was ready to open the door and become a follower of Jesus the Messiah.

When I began to tell my family and friends about my new beliefs, many of them asked me why I was not Jewish anymore. My husband thought I was going through a phase, and my older son felt that I had joined a cult. My cousin wrote to me and told me someone had hacked my Facebook account and was posting things about Jesus! I always explained that I was now more Jewish then ever before, because, for the first time, I had a relationship with God and his Son Yeshua (Hebrew for Jesus) the Messiah.

Two years later, I got in touch with Jews for Jesus. The first time I came to the Chicago office, the branch leader Jeremiah Zaretsky told me he had been going through some old files and had something to give me. He handed me a card that had my name on it. Apparently, 14 years earlier, a woman named Eva had referred my name to Jews for Jesus, asking if someone would get in touch with me to tell me about Jesus. I had no idea who Eva was, but learning about her showed me how faithful God is – He never gave up on me! 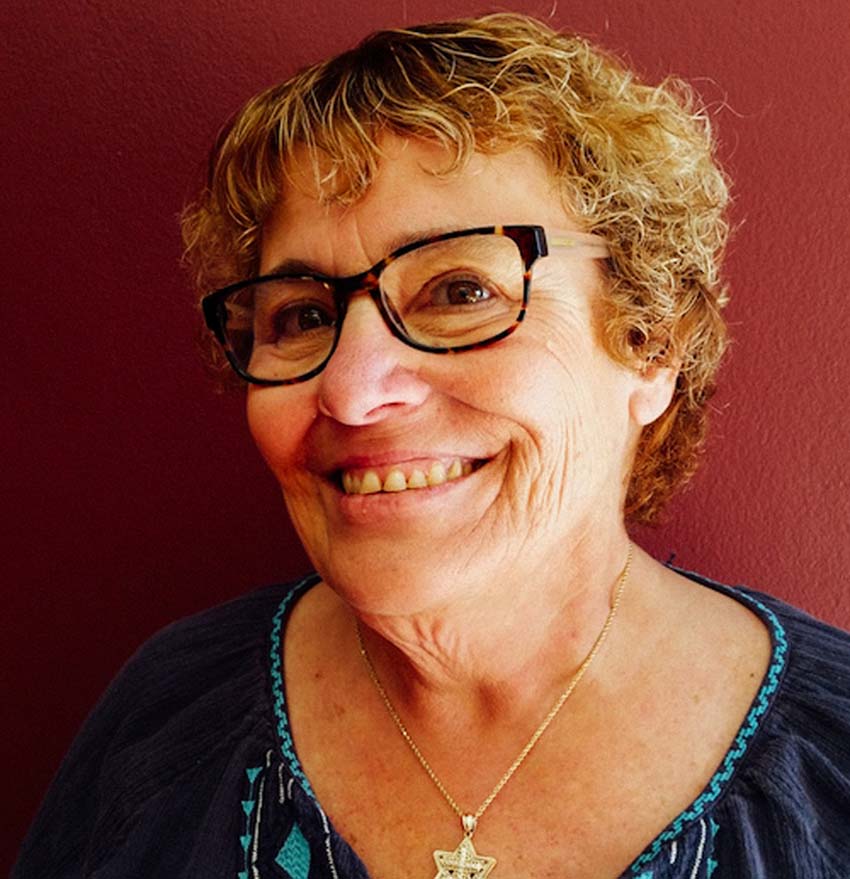 I asked Jeremiah if we could contact Eva. Jeremiah called her and explained who he was and what the call was about. She was a Gentile Christian woman who lived 30 minutes away from me and she did not remember my name at all. She had referred many people to Jews for Jesus over the years, but this was the first time she had heard back from anyone. When I finally talked to Eva, we agreed that God works in mysterious ways. Neither of us recognized each other’s name, but now we were sisters in Messiah! We prayed for each other, and have stayed in touch since that day. Now I serve with Jews for Jesus as a Co-Laborer in Messiah (CLIM) because I want to help other Jewish people “open the door” to Jesus.

When I was growing up, I never understood the phrase “born again.” Now I understand it perfectly, because at the age of 65, I feel like my life is just beginning! I look forward to every day because of the beautiful relationship that I have with God through Jesus the Jewish Messiah!